Numerous studies on the topic of emotional Intelligence show that men are less emotionally intelligent than women.

How does  research prove taht? By the great majority of these studies men score lower on tests of emotional intelligence.
They are worse in recognizing  feelings of others.
They appoint their feelings with less success.
They have more difficulty expressing their feelings. 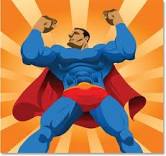 Is this proof that insensitive? It is not!

This is just a proof that men are generally less skilled in assessing, recognizing and naming emotions.
They are less in touch with their feelings and have a sophisticated technique of repression and avoidance.

Why is this so?

From the very beginning of the human species, while our ancestors lived in caves, men were in charge of the food supply and protection of  the family.
In such circumstances, where behind every bush lurks a dangerous animal, being gentle, compassionate, in touch with their feelings  meant certain death or return to the cave without a catch.

From the territory that belongs to them depended if they  will be able to feed and protect their family. And that is why they fought with men from other tribes. That's why they went to war. Being gentle, compassionate and in touch with their feelings on the battlefield  also meant certain death.

As time went by, we as a species have evolved, and so we came to the industrial revolution and capitalism.
Dangerous beasts lurking behind every bush now acting like babies compared to Labrador baby.
Now men need to be even more "strong", "robust", "unscrupulous" ...

And so the men have always been taught that emotions are something that is dangerous and unnecessary to them. Were taught how to suppress them. And because they have thousands of years of experience in the denial of their feelings,  they became skilled in repressing their feelings. Practice makes perfect.

And then came the twentieth century. First feminism. Women got rid of centuries of slavery and poured all the anguish and bitterness on men. Proclaimed them the greatest enemies and decided to show them that they are better than them, that they are superior species. As the decades passed, this kind of reaction has calmed down and eventually led to a more  balanced attitude towards men.
Now, most women do not think that men are the enemy, most women believe that men are  friendly species and wishes living with them in an peace and harmony.
They want to share their  feelings with men, to be close. And men massively  fail the tests of emotional intelligence.


What is happening  these days  when 2-3 year old girls get affraid? Or falls down and hits it and starts crying?
All the people get soft and run up to comfort them.
What happens when a boy of 2-3 years experience something similar?
Will he get attention, hugs, comforting? Unlikely.
He receives a sentence like "Do not be a baby / girl," "Shame on you, do not let anyone see you cry!" ...
And when he learns a lesson and refrain tears or fear, he receives a "You are a hero!" 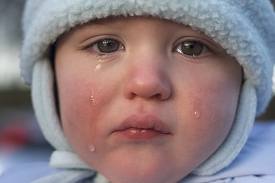 Many women complain that men do not want to talk, especially about feelings, not wondering who's ever talked to them, particularly about feelings.
They  declare them insensitive, instead of seeing how many of them are confused about their feelings and inner life. Not because it is an innate characteristic but because they learned early on that "it should be that way".

Many studies and daily life show that men are generally more aggressive than women.
Why is this so?
Partly because of testosterone, and partly because the anger is considered a "male" feeling and allow the boys.
And more importantly-because anger and aggression often cover fear, sadness and shame, feelings that  are "forbidden" for men.

And so the boys grow up with the message that being a man means to be strong and not let anything touch or move them. That the feelings are for the girls. And when they grow they  experience problems. Girls who have now become women  accuse them of being insensitive. This creates a conflict: how to be a man  and to show emotions?

How to be emotional when it is contrary to the definition of manhood and masculinity?

The solution may be to change the definition of manhood and masculinity. Times are different now, men do not go hunting and wild animals had stopped lurking behind every bush.

In this day and age and at this stage of human development being gentle, compassionate and in touch with their feelings is not life threatening.

It is time to recognize it, acknowledge and move into the redefinition of the term "man".

This redefinition would be proper only if it involves itself in man as a whole being, that someone besides thoughts and actions, and have feelings.

Posted by emocionalna.inteligencija@gmail.com at 12:36 PM